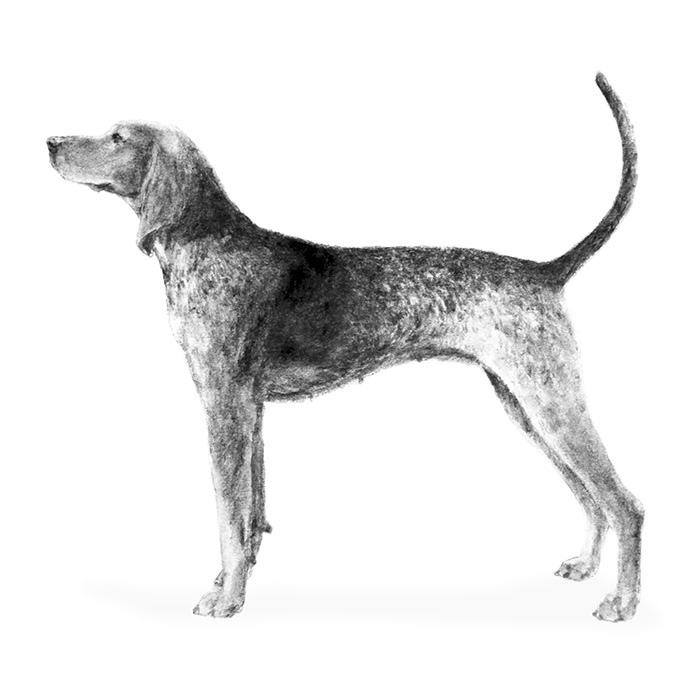 Renowned for his speed and endurance, the American English Coonhound has the strength, grace and attitude of a well-conditioned athlete. Capable of hunting fox and raccoon all night long, he has an effortless trot that shows off this endurance. The breed’s hard, protective coat is of medium length and can be red and white ticked, blue and white ticked, tri-colored with ticking, red and white, and white and black.