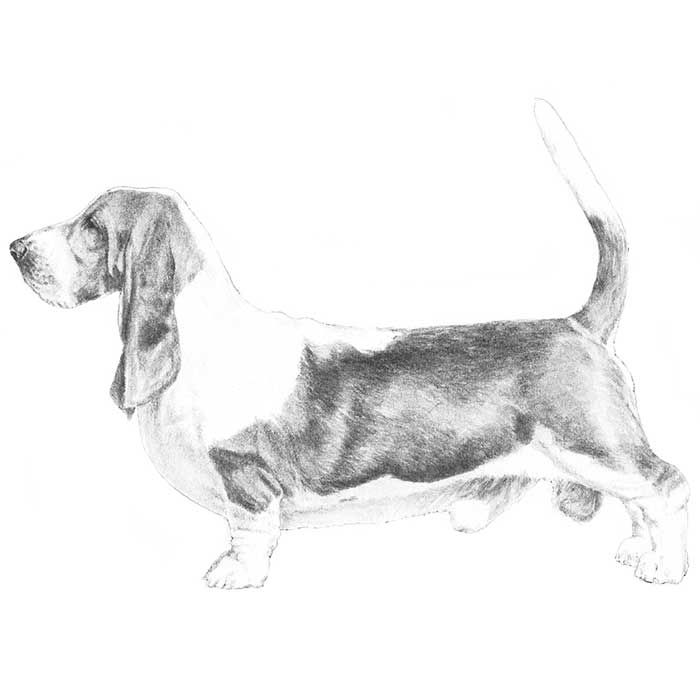 The Basset Hound has such a distinct look—a short, low-to-the-ground body with big, hanging ears—it’s no wonder it has inspired several cartoon characters (including one named, you guessed it, Droopy). But its incredible hunting instinct and scenting abilities are what first earned this breed its popularity. As pets, Bassets are extremely patient (especially with young kids who tend to yank at their ears when not supervised) and easy to train, and despite their plodding pace, they do well at various dog sports.