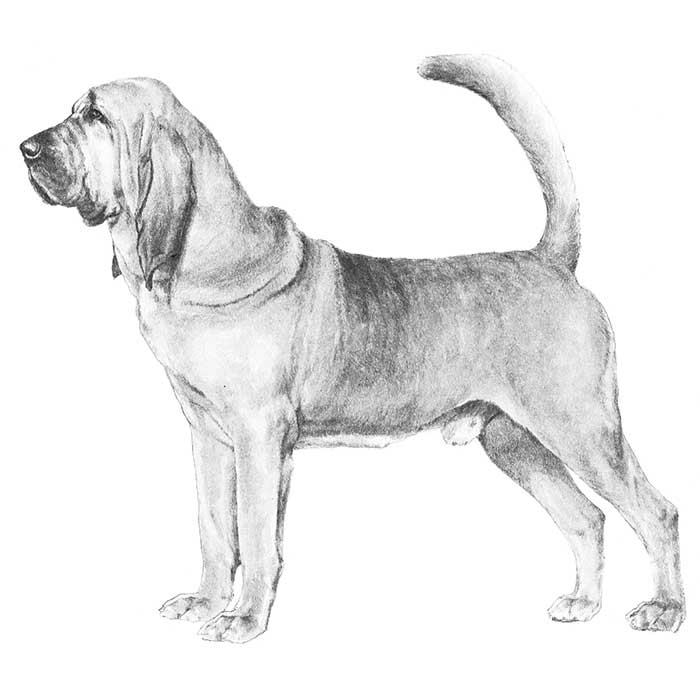 Bloodhounds are large, substantial dogs standing 23 to 27 inches at the shoulder and weighing up to 110 pounds. Their most famous features are a long, wrinkled face with loose-hanging skin; huge drooping ears; and warm, deep-set eyes that complete an expression of solemn dignity. The coat color can be black and tan, liver (reddish brown) and tan, or red. A thick, powerful body and legs allow Bloodhounds to follow a trail over miles of tough, punishing terrain.