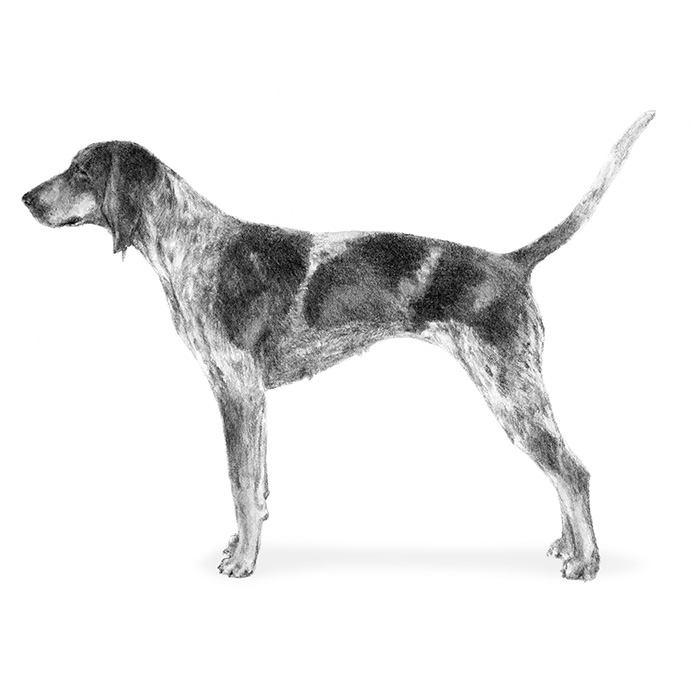 Bluetick Coonhounds are speedy and compact nocturnal hunters named for the mottled (or “ticked”) black-and-blue pattern of the glossy coat. A small female might stand 21 inches at the shoulder and weigh 45 pounds; a large male can top out at 27 inches and 80 pounds. Blueticks are well-muscled but sleek and racy, never chunky or clumsy. The baying, bawling, and chopping bark of Bluetick Coonhounds in hot pursuit might sound cacophonous to some, but to coon hunters it’s the music of the night.