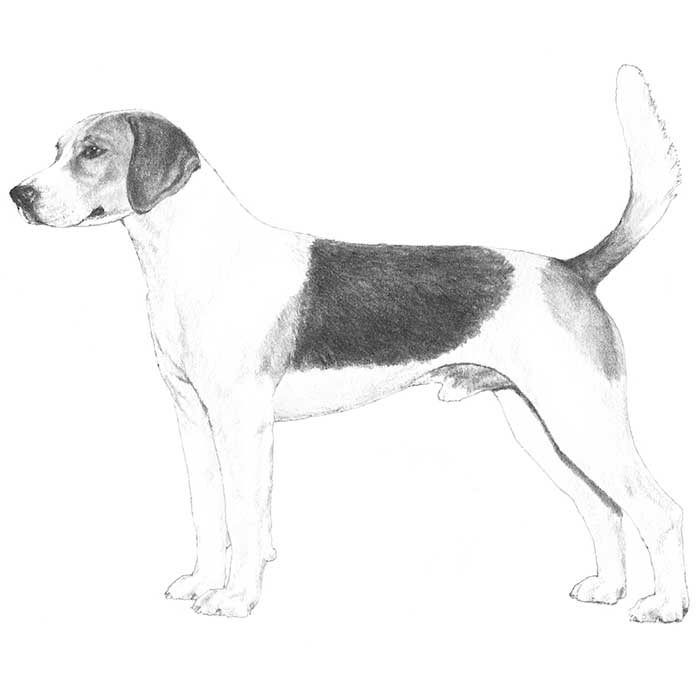 Somewhat resembling a Beagle with a gym membership, Harriers are larger, more powerful hounds than their diminutive cousin—but smaller than the English Foxhound, a breed used in their development. Standing between 19 and 21 inches at the shoulder, Harriers have the timeless look of a working pack hound: a short, smart-looking coat; low-set, velvety ears; an irresistibly sweet face; and enough muscle and sinew to endure a long day’s hunt. A well-built Harrier will cover ground with a smooth, efficient gait.