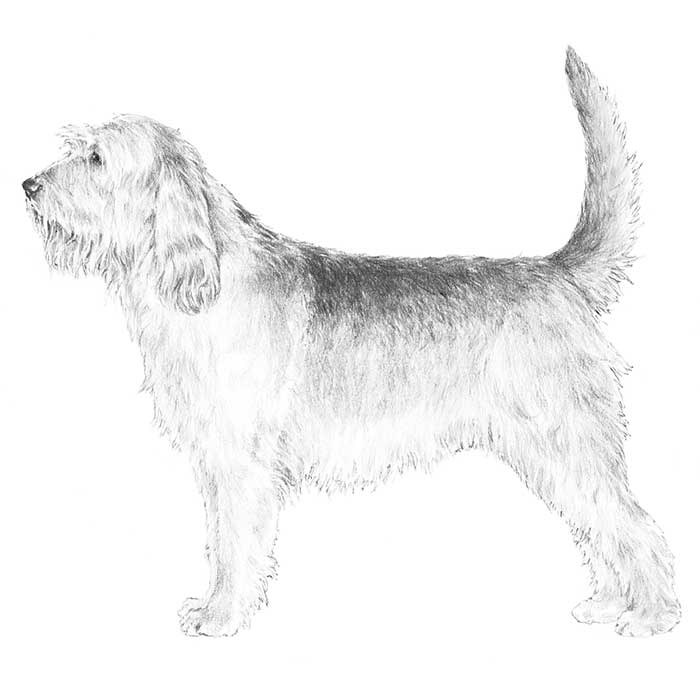 The Otterhound, a scent hound, is unique among hounds because of his rough, double coat and substantial webbed feet. He uses these features to hunt on both land and water. With his large, strong body and inquisitive nose, the Otterhound is willing to work all day. The coat may be any color or combination of colors.