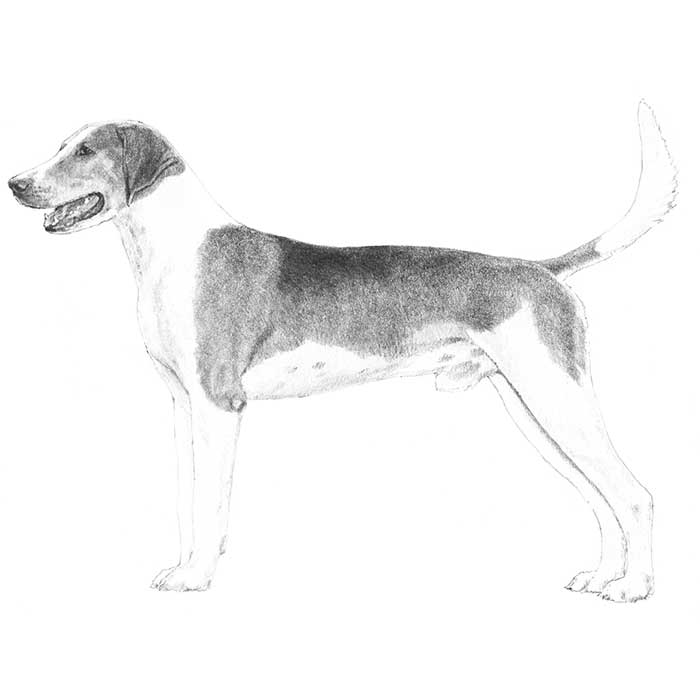 One of America’s native breeds, the American Foxhound is also one of our rarest. This tall hound sports a close, hard coat that can be any color. The Foxhound in this country is used for four purposes, thus calling for hounds of different characteristics: competitive field trial hounds and “trail” hounds (speed is most important), fox hunting hounds (slow workers with good voices), and pack hounds (15 to 20 hounds or more, used by hunt clubs and farmers).