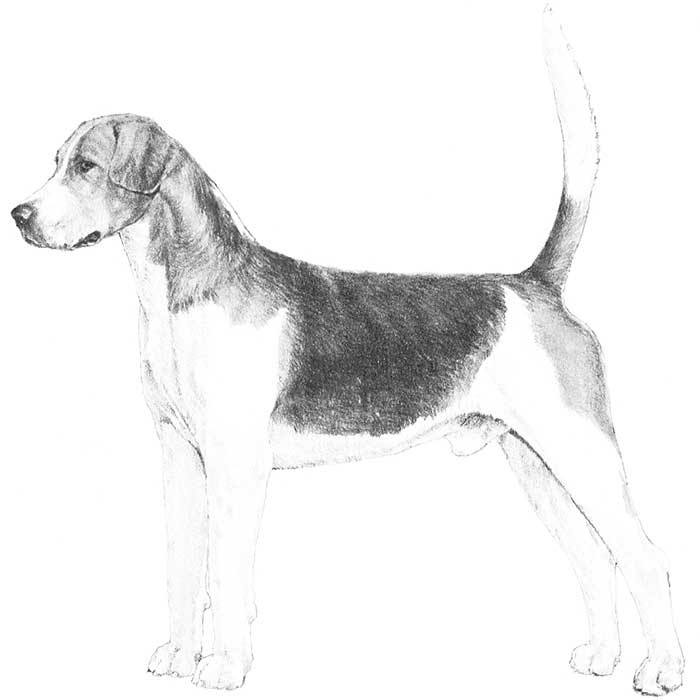 The English Foxhound is the epitome of what serious dog breeders strive for: beauty, balance, and utility. The long legs are straight as a gatepost, and just as sturdy. The back is perfectly level. And the chest is very deep, “girthing” as much as 31 inches on a hound measuring 24 inches at the shoulder, ensuring plenty of lung power for a grueling day’s hunt. “Next to an old Greek statue,” a poet wrote, “there are few such combinations of grace and strength as in a fine Foxhound.”