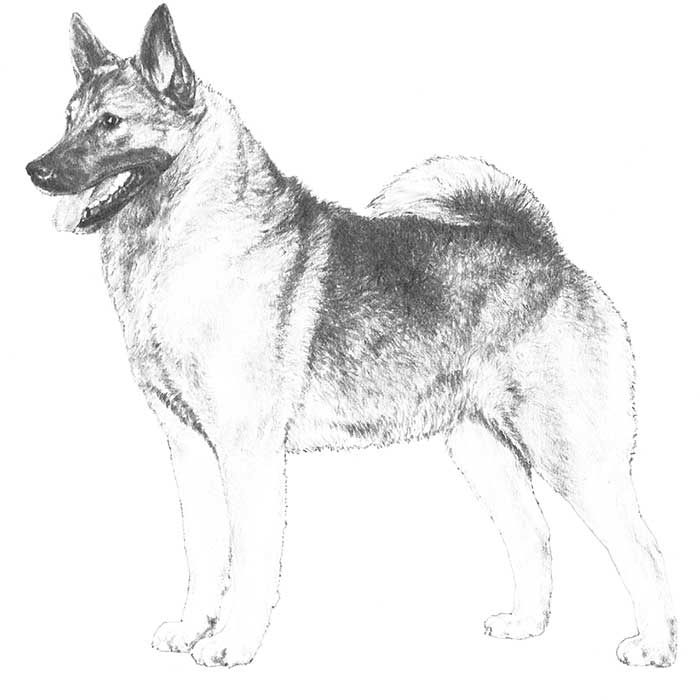 A solid, sturdy hunter of elk, bear and other wild animals, the Norwegian Elkhound has a temperament that is dignified, independent and generally, friendly. A hardy silver-grey dog with distinctive saddle markings and medium in size and substance, the Norwegian Elkhound is not only know for its hunting ability but also for its versatility and stamina, which in rugged terrains remains unparalleled.